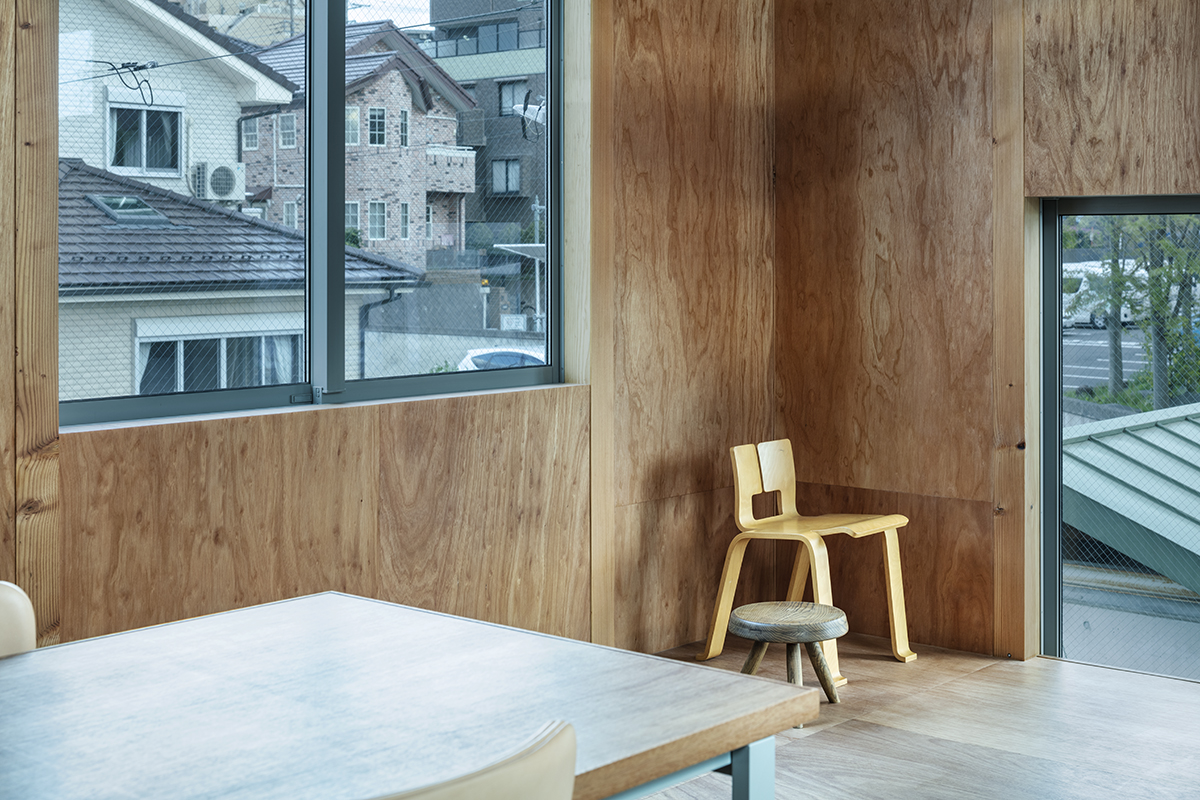 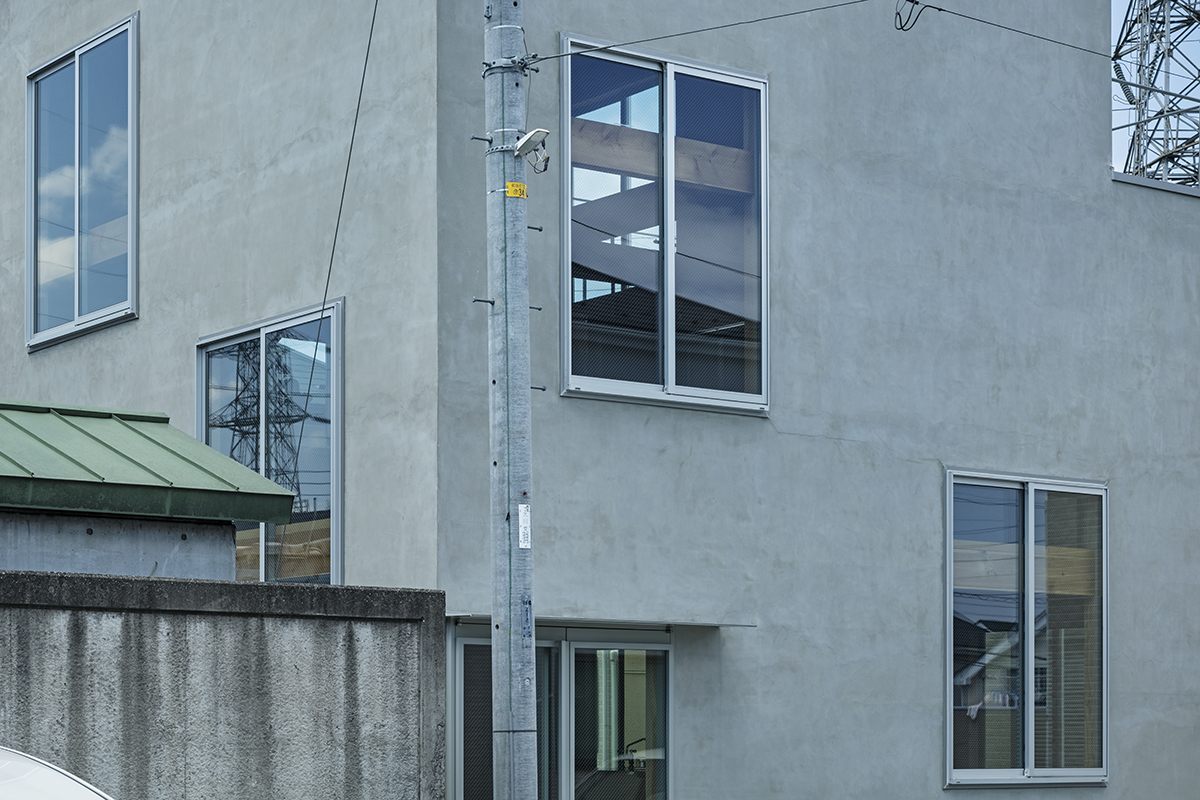 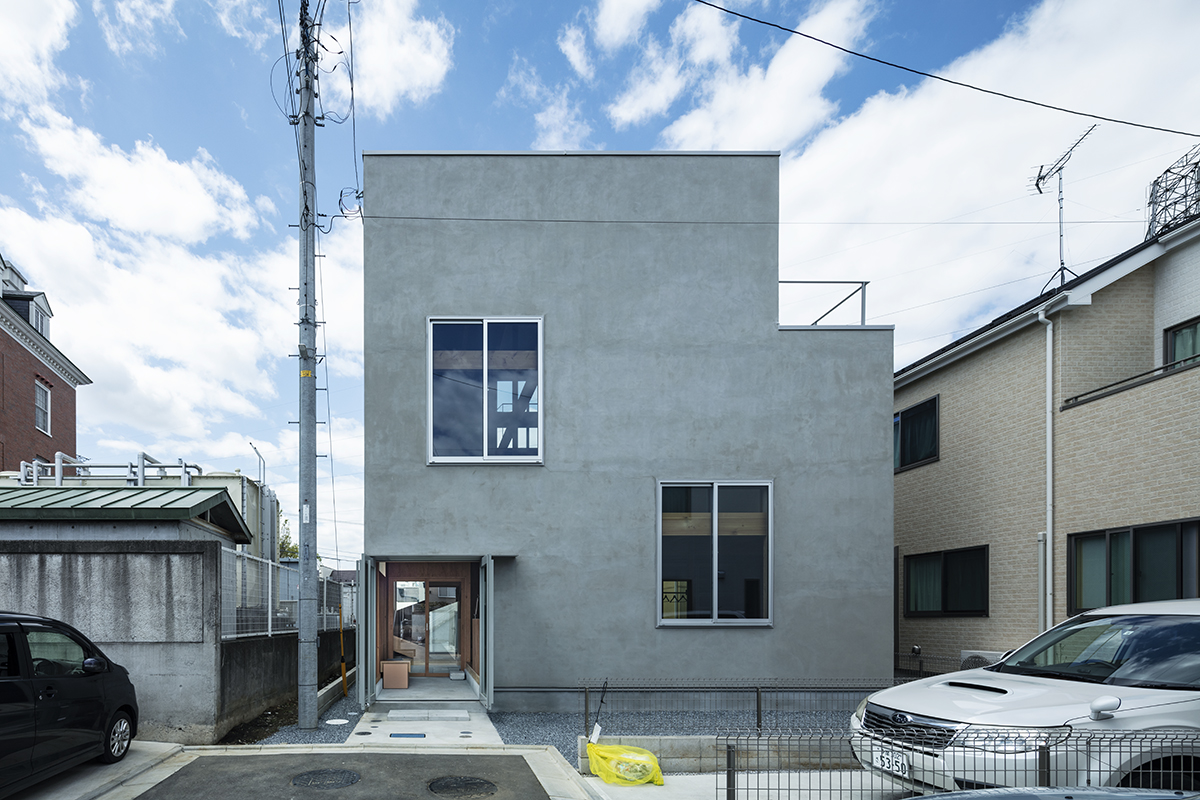 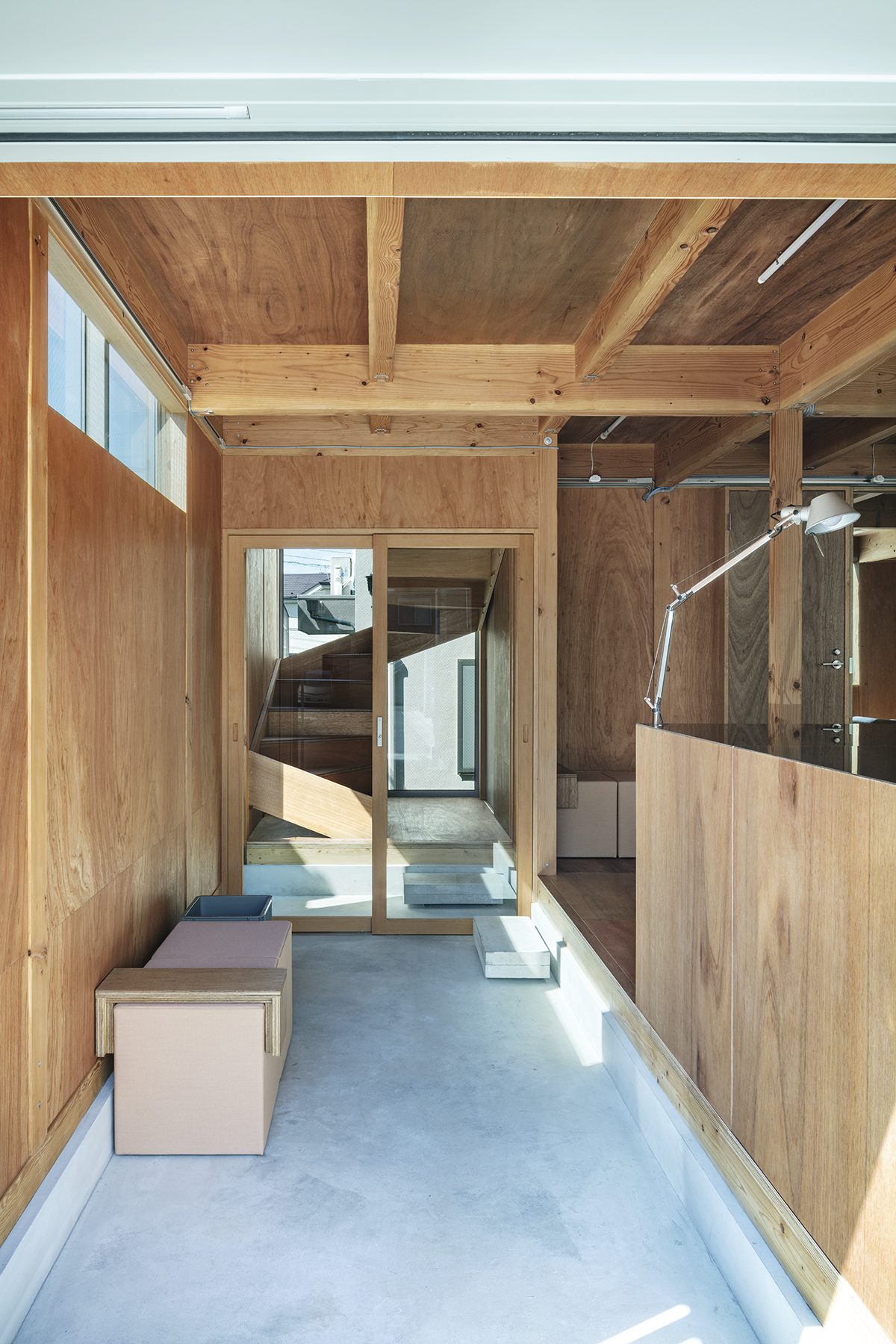 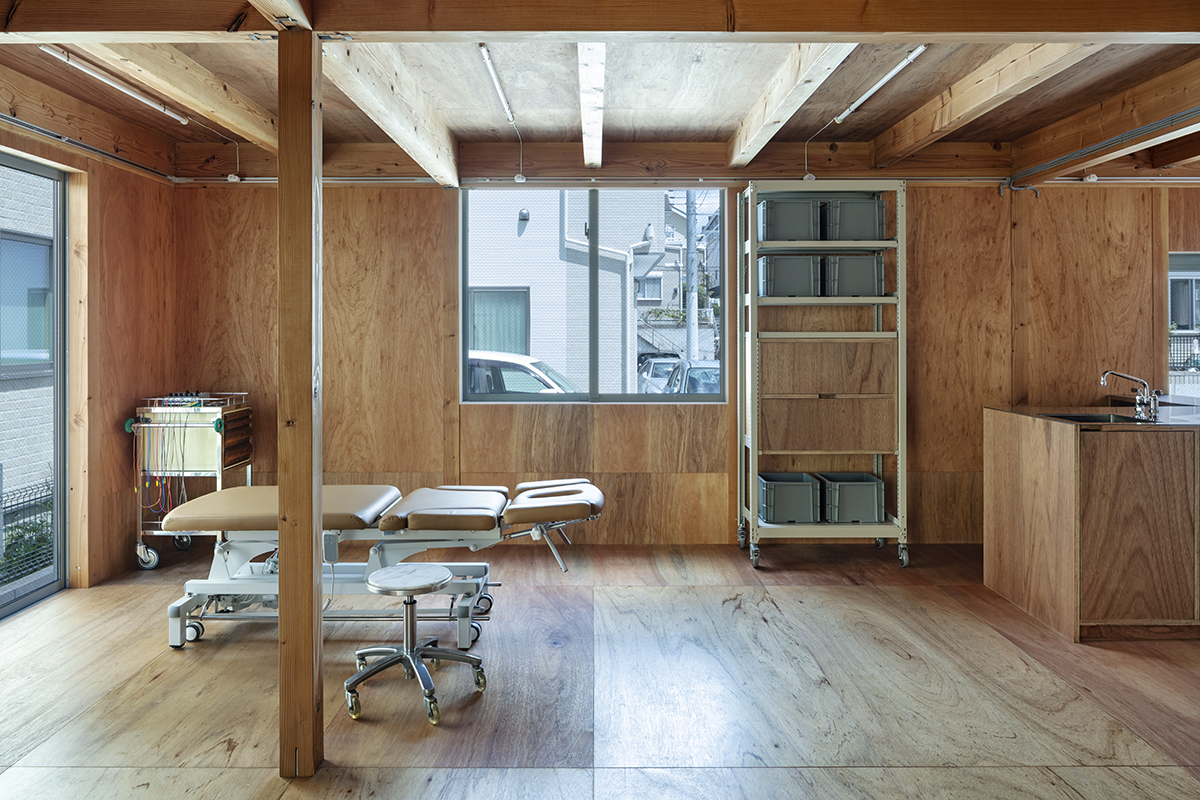 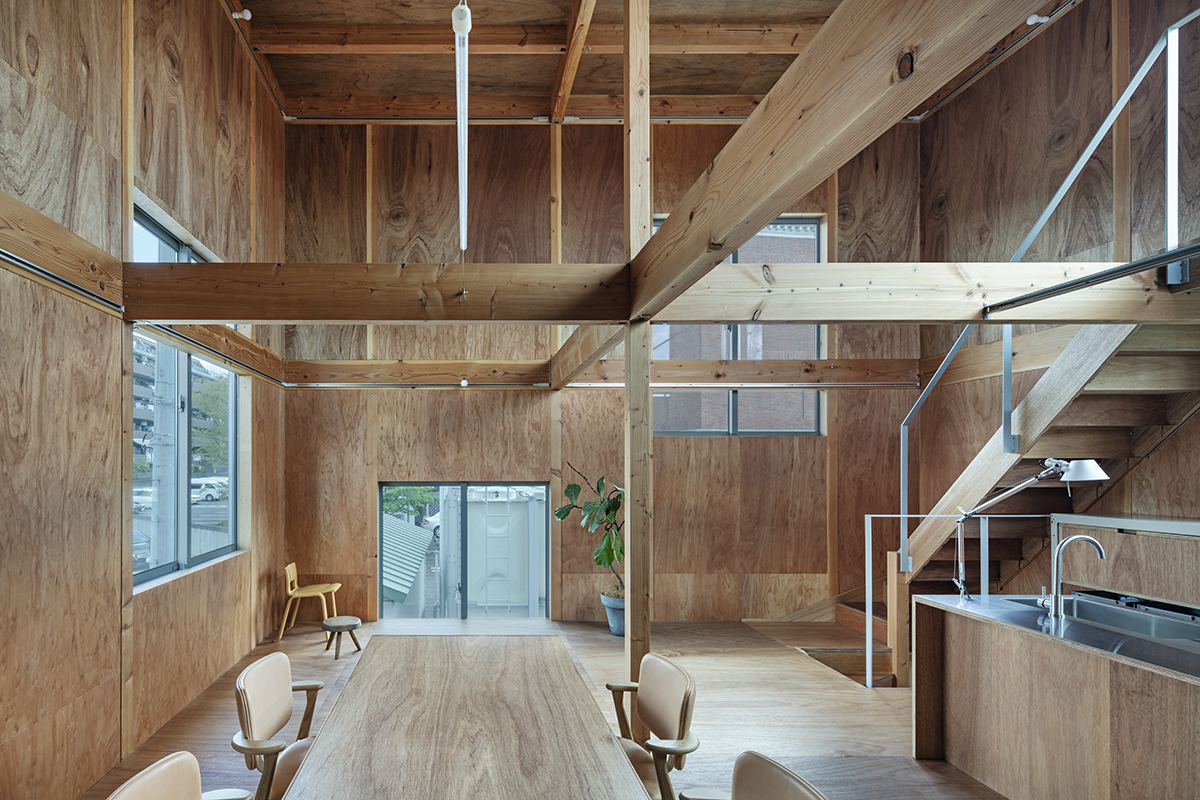 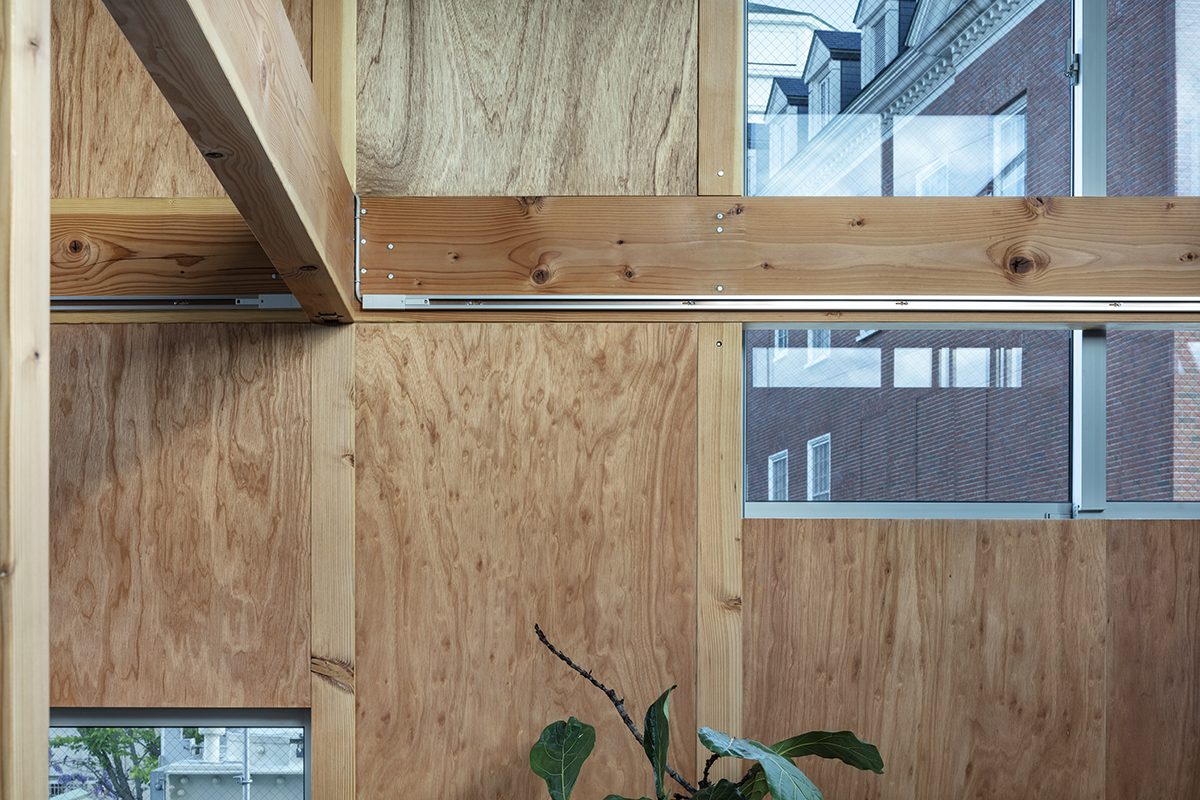 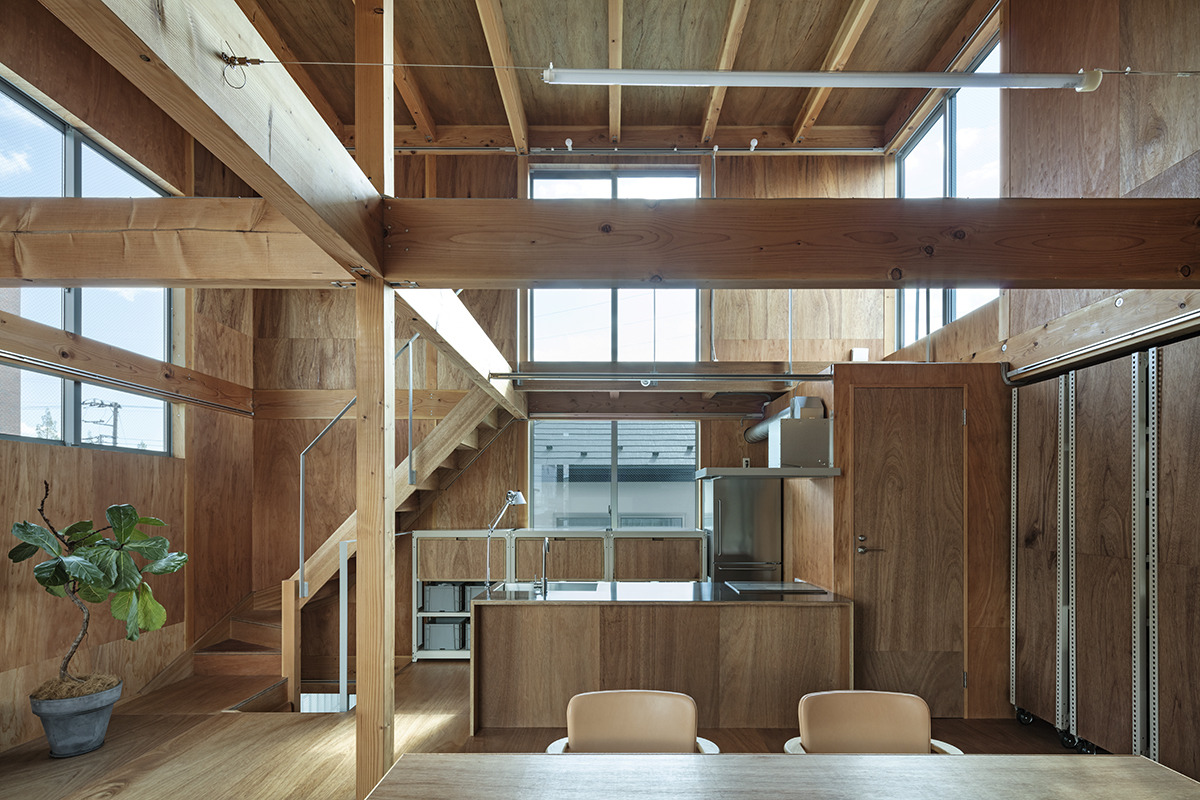 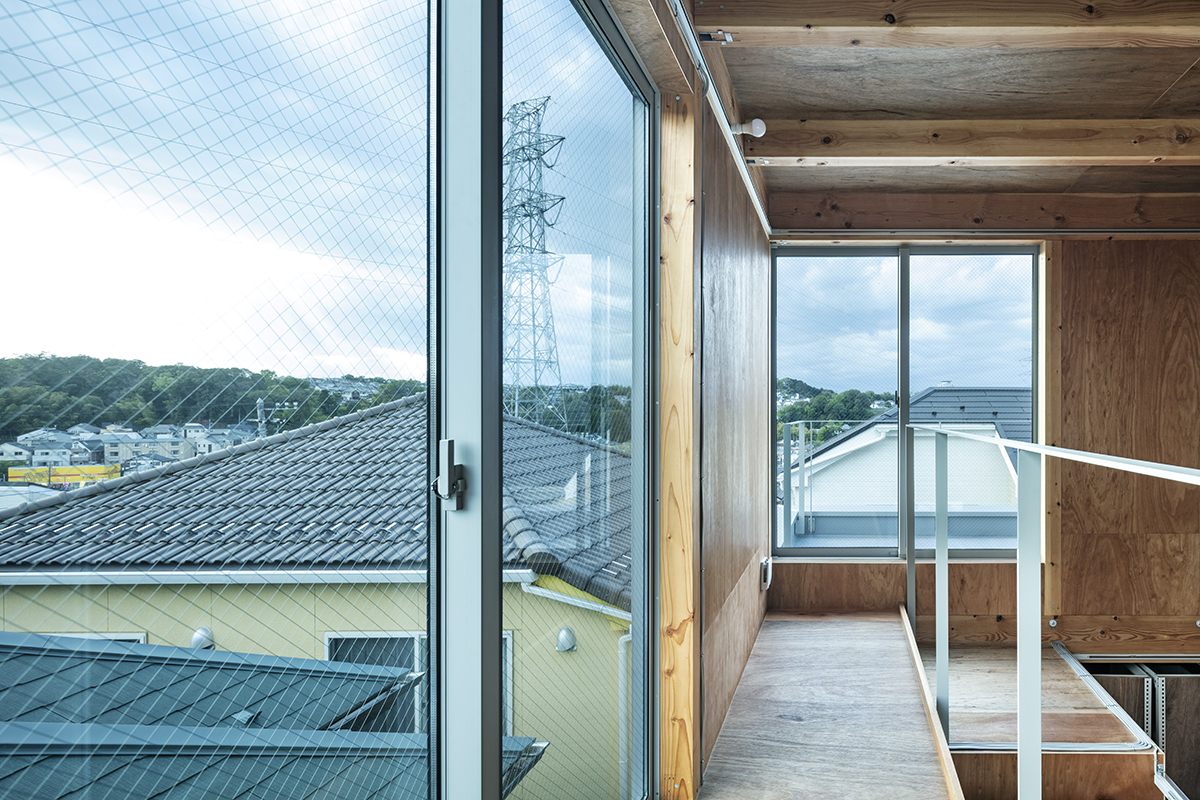 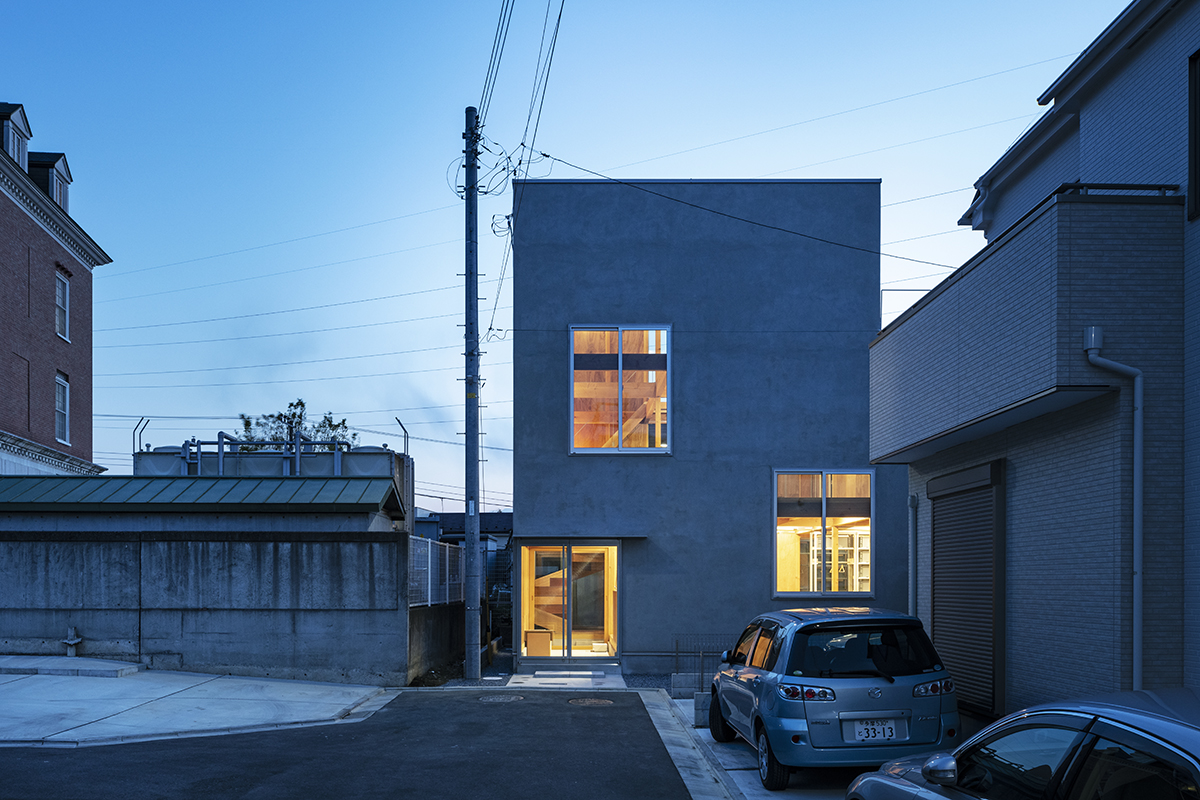 “TORIGUCHI SANCI,” a building for is situated in a recently developed area in Tama New Town, surrounded by relatively new buildings. The surrounding buildings are mostly finished with similar types of exterior materials with a similar degree of gloss, and equipped with similar types of windows, because they were built by prefabricated house suppliers according to specifications determined based on the market price of the area. “TORIGUCHI SANCI,” or Toriguchi-san’s building for unspecified use, stands in contrast to the surrounding condition, with its exterior walls roughly finished with cement mortar, entirely exposed beams and columns, and the interior covered with lauan plywood. The first floor is used as a treatment room where Toriguchi-san provides seitai (a method of Japanese physical therapy) treatment, and the second floor is the Toriguchi family’s living space. This project actually made a successful case of client participation. Toriguchi-san involved in the entire process from the beginning of the planning phase and paid attention to every single detail. He also found a contractor, and took an active part in the construction. Toriguchi-san decided to do it primarily because of the tight budget, while he clearly seemed to enjoy the situation. Considering the budget, it would have been a better idea to maintain their current lifestyle instead of aiming higher, but he stuck to his ideas with strong hope for the future. We therefore decided to provide as much space as possible on each floor so that they will have enough room to welcome new family members in the future. We designed in such a way that the client can build additions by himself, instead of asking for professional assistance each time, with the hope that it will evolve into “living architecture” where one can change the environment by himself/herself based on his/her ideas. The building shape was determined based on the maximum allowable building area and maximum allowable volume. While it looks as large as a three-story building from outside, it is actually a two-story building. Windows of the same size are randomly placed as necessary, sometimes between upper and lower floors.

The random window layout makes it difficult for one to imagine what it is like inside. Moreover, one would imagine that floor plans of the building fully occupying the rectangular plot would be relatively simple. But scenes inside the house observed through the randomly opened windows look all different and disconnected, and one experiences a dramatic range of openness and closedness inside. In short, we can use simple components to create unexpected and dramatic spaces by carefully combining them and adjusting their sizes.