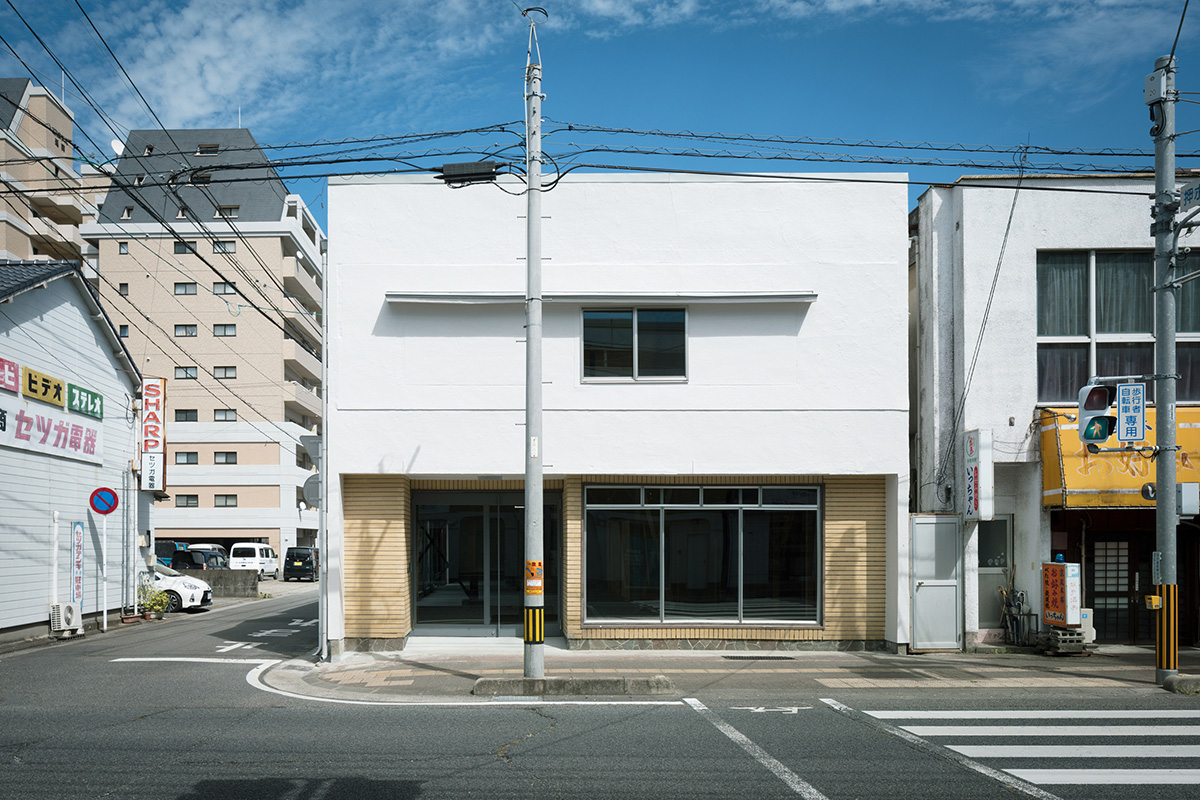 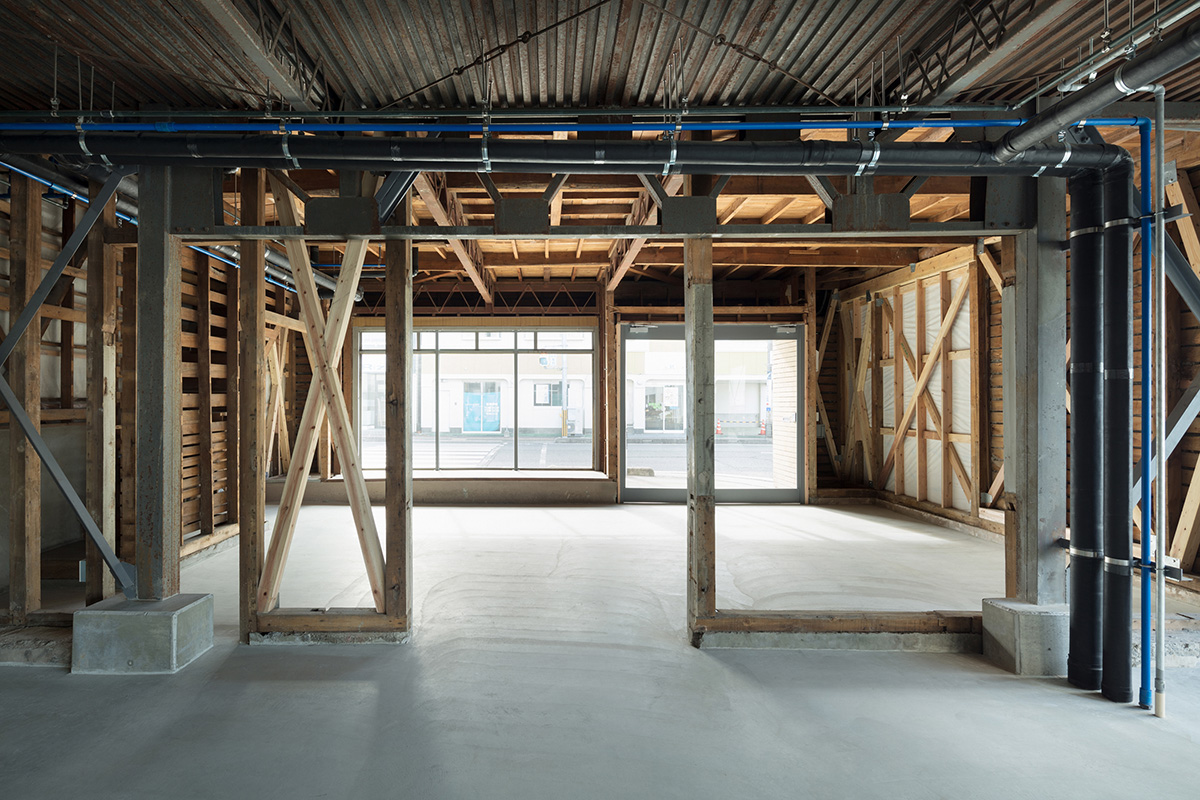 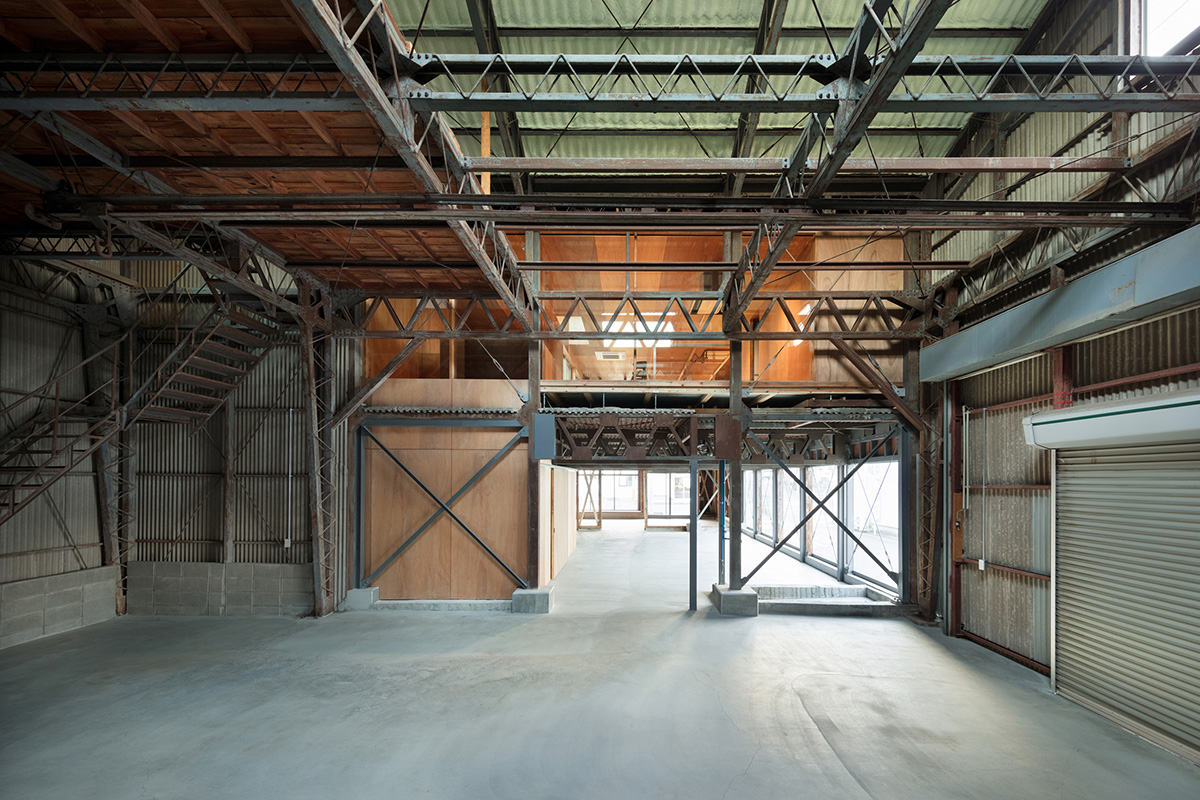 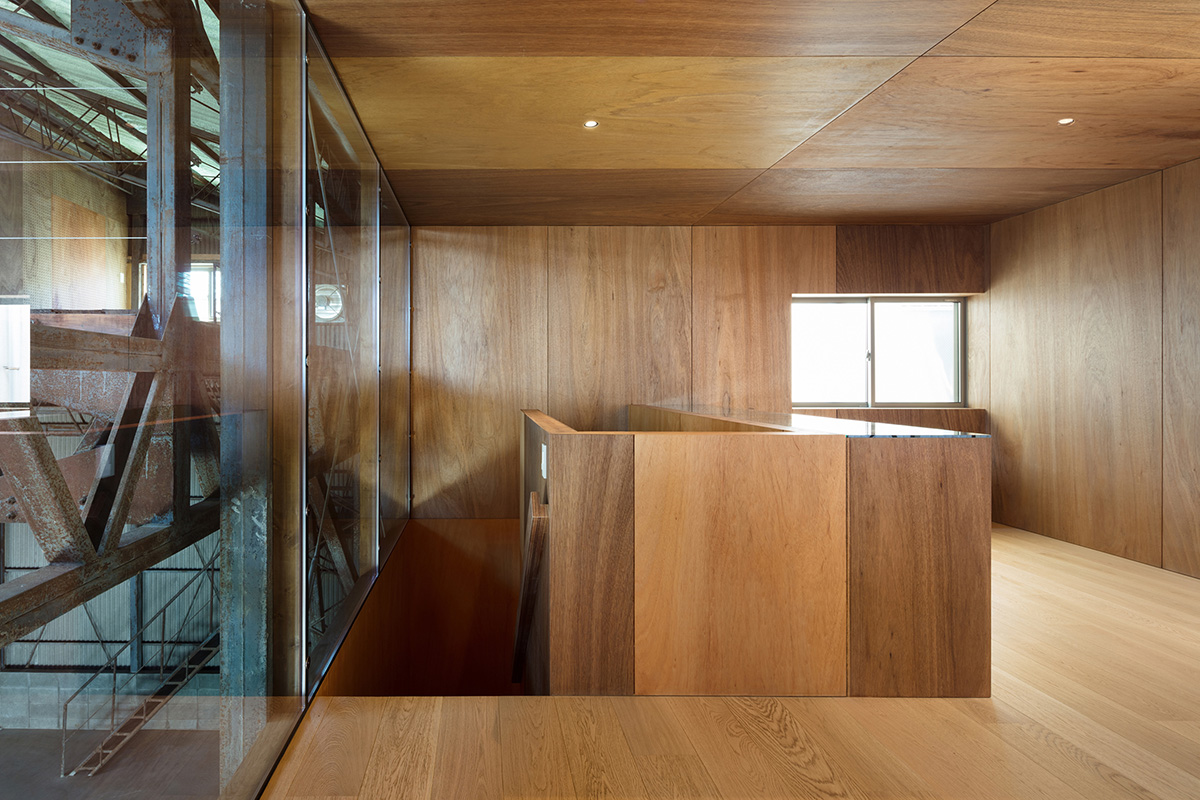 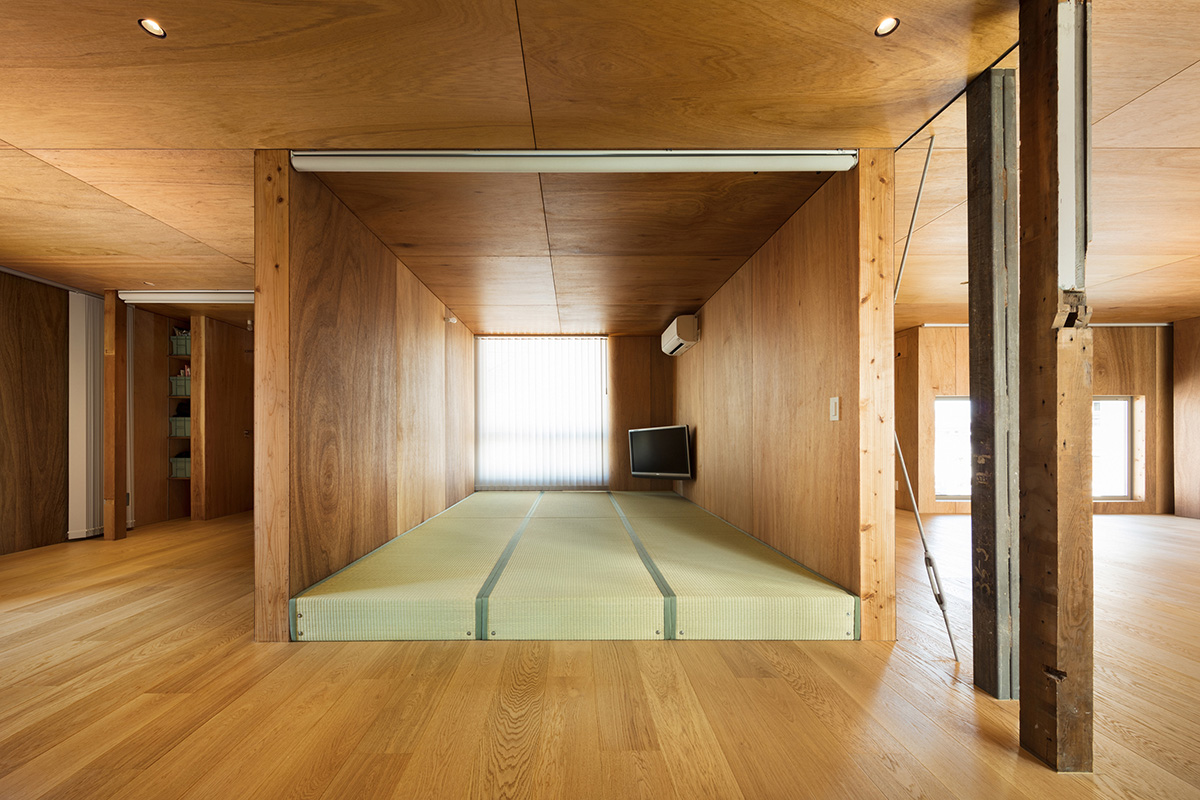 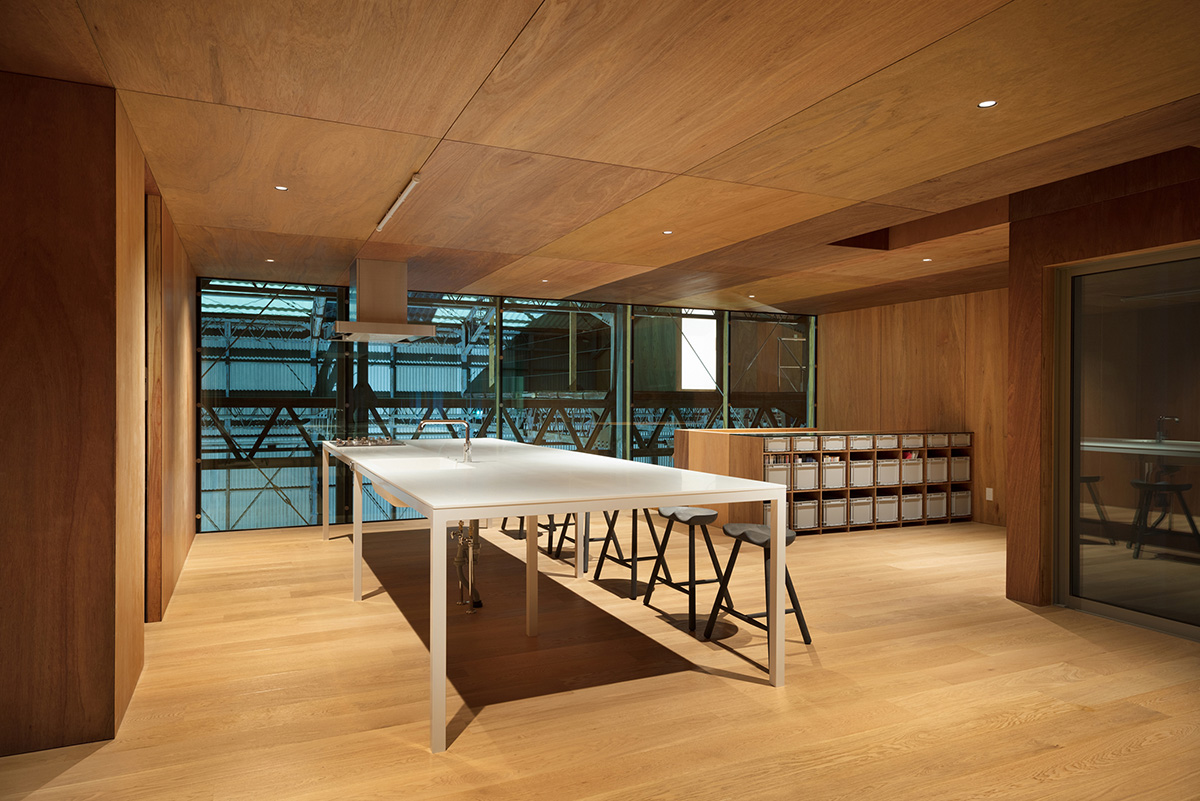 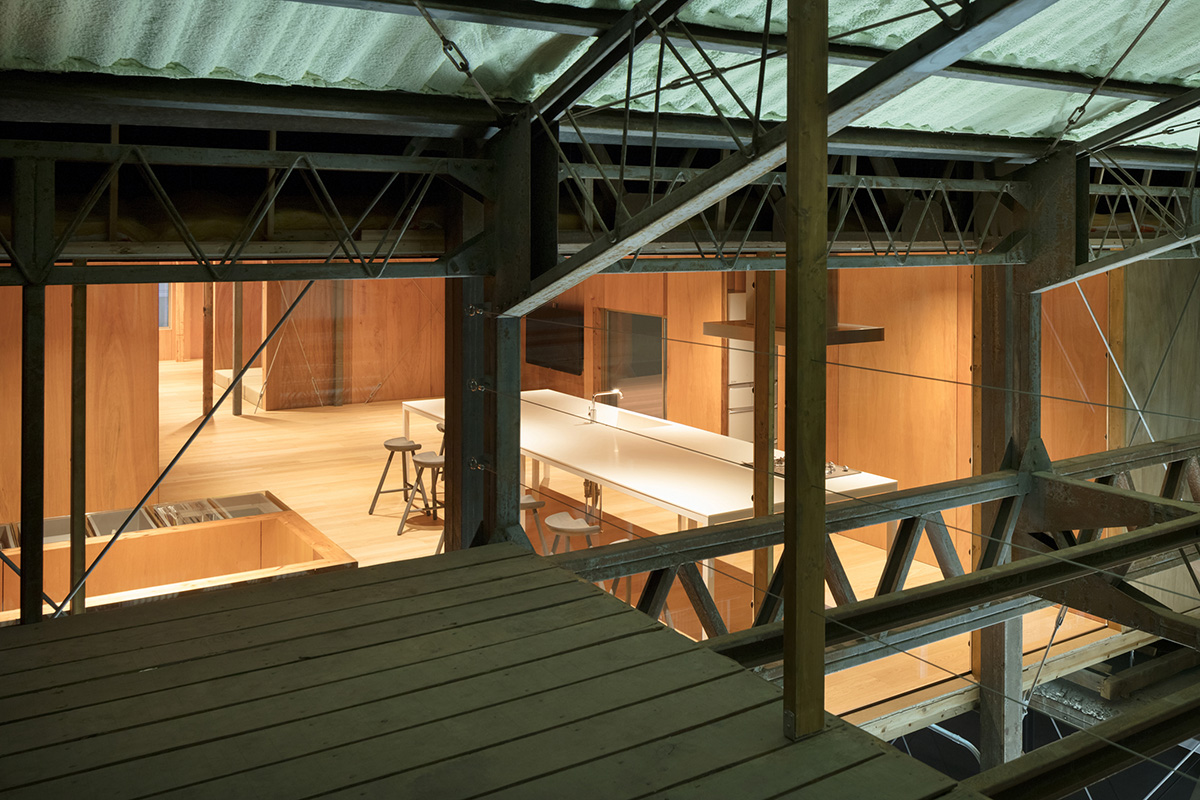 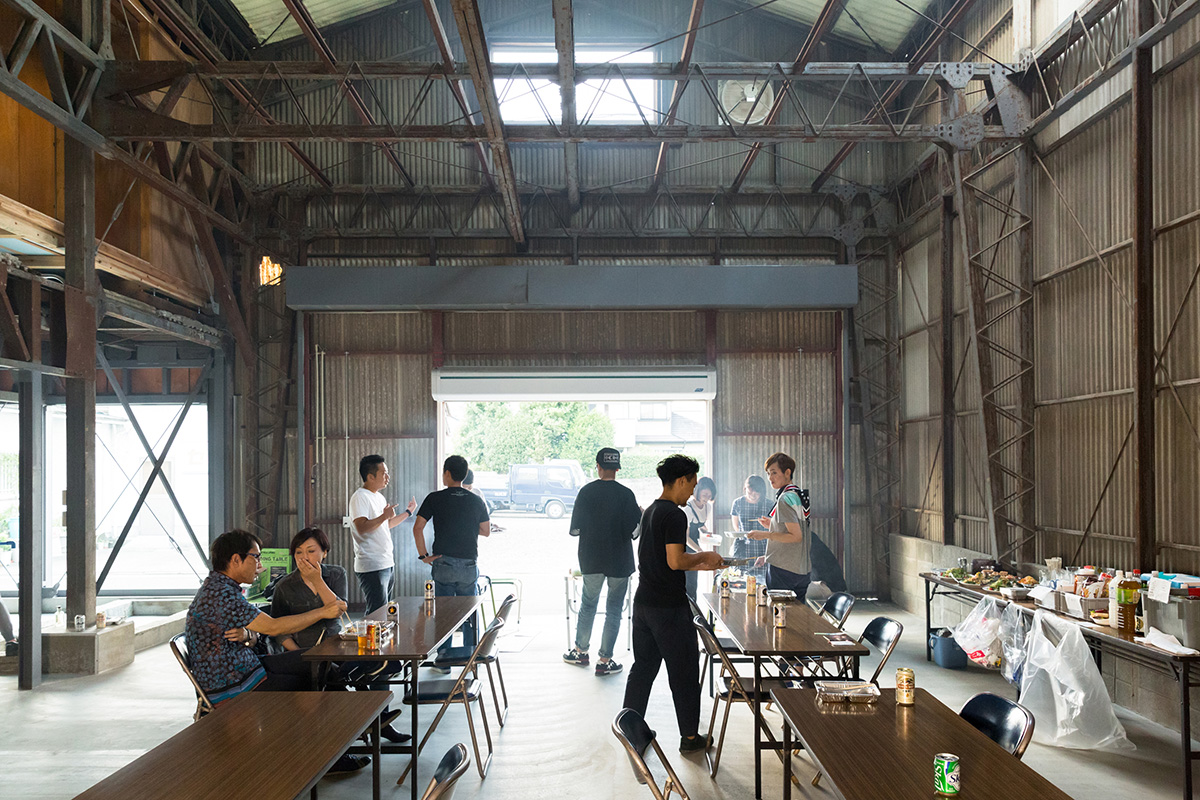 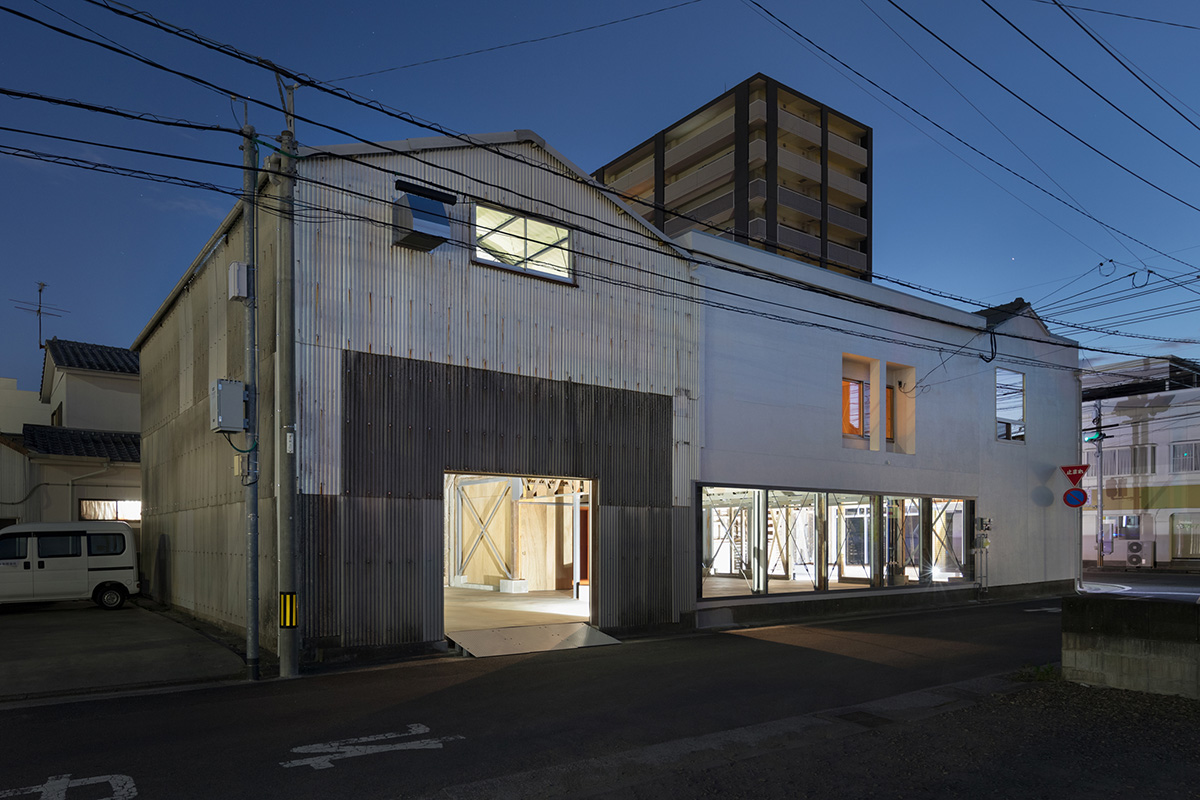 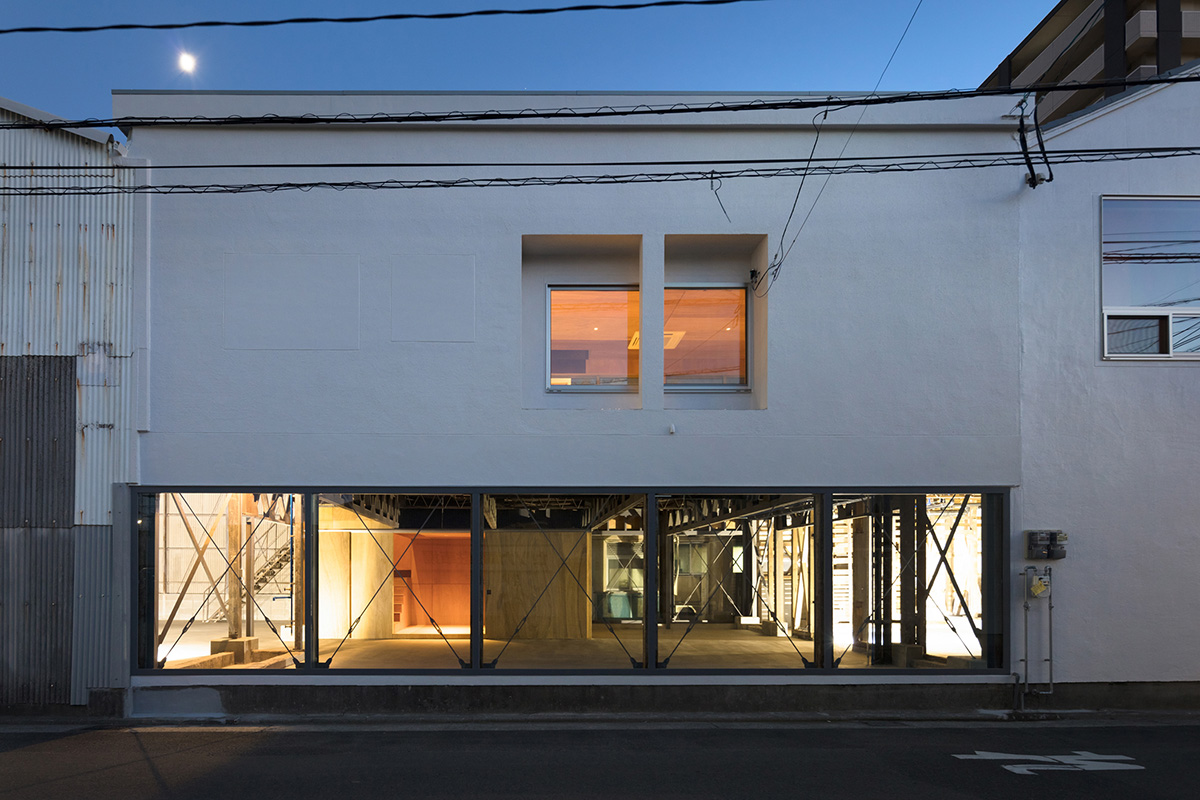 This is a residential renovation project for a couple living in Nobeoka, Miyazaki Prefecture. The existing building had served as a residence/factory when the client was a child. The original wood building had started as a residence/shop, and as the business grew, it eventually got expanded by adding extra spaces first and a storage space later, both made of steel structures. As a result, it became a building complex composed of three blocks in the end. It is a two-story building made of a combination of wood and steel structures, with the building area of 230m2 and the total floor area of 440m2.
The clients made the decision to renovate the existing building instead of reconstructing it. Initially, this project started as part of a special program organized by a Japanese magazine BRUTUS, which invited readers who wanted to renovate their houses as well as several selected architects, and matched each reader to his/her favorite architect to design the renovation. When we received a postcard from the client outlining his request, we looked up street views of the project site on Google Maps and couldn’t believe the scale of the building: we wondered, “is this really a renovation and not a reconstruction?”
After that, we met and talked with the client and his wife and impressed by their passion to treasure and carry on the legacy of the building used by their family and employees for a long time. As we proceeded with the renovation plan, we discussed further details and found out that the total floor area needed for the client’s life would be as small as 170 m2, even if we accommodated all the requested elements. It meant that we had considerable excess floor areas in relation to the whole. Although the fact that we had “more floor areas than necessary”, which would never happen in urban areas, was unfamiliar to us, we re-organized the spaces by locating necessary places while inserting voids here and there. And these voids would be kept there in expectation of accommodating the client’s future passion. These voids could not be kept as they were, but they required some costs for repairs and reinforcements, which were considered as a future investment. Keeping these voids is an experimental challenge in a way, because we don’t know exactly what kind of future passion may arise. Yet, such voids, created somewhere between the interior and the building envelope, generates a dynamic space that raises expectations for something to happen. I am not the only one who feels passion for such unknown possibilities. We are looking forward to seeing what will happen here in the future.